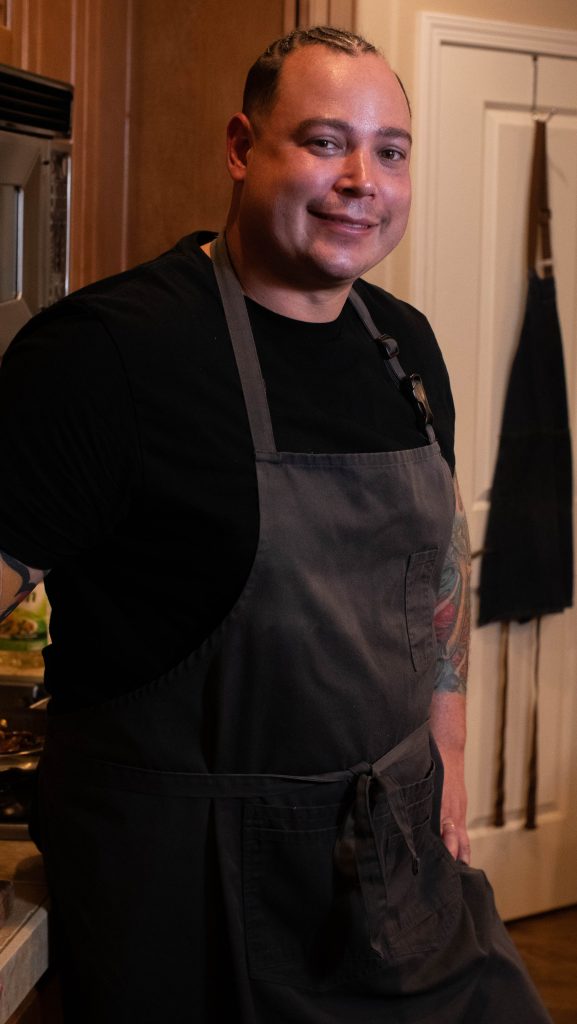 Brother Luck started his role as an entrepreneur starting in the back of a bar.  A punk rock bar at that.  Having a vision to bring his own ideas to life he took a leap of faith.  Soon opened a restaurant called, “Brother Luck Street Eats” that really made a statement for as a Chef and owner.  He then grew to opening his signature southwestern concept, Four by Brother Luck.  A great concept with great wine pairings that go with each dish.  Four by Brother Luck is a restaurant located in the heart of Downtown Colorado Springs.  To his latest addition which is an Asian Fushion restaurant called, Lucky Dumpling.  Another great restaurant in downtown Colorado Springs.   Campaigning his mental health awareness slogan #NoLucksGiven.  Brother Luck is most known for his television appearances on Top Chef Season 15 and 16.  Chopped, he won his episode on Beat Bobby Flay. Most recently, Brother Luck was a semifinalist James Beard, Best Chef Award in the Mountain region.  He’s won Best Local Chef awards by the Colorado Springs Independent and Most Cutting Edge Restaurant by the Gazette Newspaper and more.

Brother Luck isn’t just a chef or an entrepreneur.  He’s an inspiration to the community which he continues to give back.  He works with military programs, high school youth, and non-profit organizations.  Sound’s like Chef’s got it all but the success didn’t come to Chef.  Everything that Brother has accomplished has been the result of hard work, determination, and passion. As a teenager, Brother fell on hard times when his father passed away at the age of 10.  Moving from the Bay Area to Arizona, Brother enrolled in a vocational school for high school students to learn the culinary arts.  The free food and guaranteed meal is what kept Brother attending the school where he found his passion.  A passion for the kitchen, the people, and the food.  This love and commitment is what helped Brother get to where he is now.  Still striving to reach new levels

“I spent my whole senior year training,” Brother admits. “I’d come to school in the morning and train. Then in the afternoon, I went to the Art Institute of Phoenix to train with a master chef. Then I’d work the line at the Hyatt all evening.” Brother eventually was awarded with enough scholarships to attend the Art Institute of Phoenix, including one from the college, which named him “Best Teen Chef.” His time in college would lead to a diverse career cooking in places around the world including in Japan; Hong Kong; Chicago; New York City and finally in Colorado Springs where he would start Brother Luck Street Eats.  Which is where the story began.